We at Arizona Vascular Specialists aim to provide the highest quality, patient involved care by implementing a broad range of services with modern medicine and compassion.

AZVS increase the quality of patient care by using the continued development and promotion of less invasive medical devices and procedures.

Dr. Federico J Yanquez is originally from Chile. He then lived in Miami, FL for many years where he received a Bachelor of Sciences at Florida International University. He graduated from Ross University School of Medicine with Highest Honors in 2013…

Dr. Layla Corral Lucas is an Arizona native, born and raised in Scottsdale. She received her medical and undergraduate degrees at the University of Arizona. She continued her training at the U of A and became double board-certified in General Surgery and Vascular/ Endovascular Surgery… 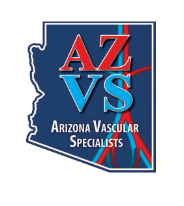